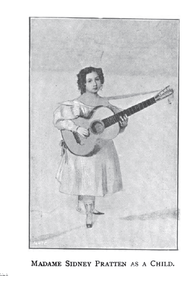 Variations on a Theme by Pratten
If there's one thing I've learned about 19th century guitarists, it's that they were creative. They composed and improvised, and left us many exercises and tools for doing this ourselves, which hopefully by now you've gotten at least a little bit acquainted with (arpeggios, ornaments, harmony, etc.) - check out the archive for more!

So I attempted to inhabit this mindset and composed a variation on Pratten's Theme Original, which was one of the pieces I sent you last time.

Here is the score:

Score
Here is my variation. Sorry, no fingerings - I believe that the ideal 19th century guitarist would know their harmony and fretboard so well that they didn't need to rely on fingerings.

Pratten barely gave any fingerings in her example above, plus you have the video below to watch. 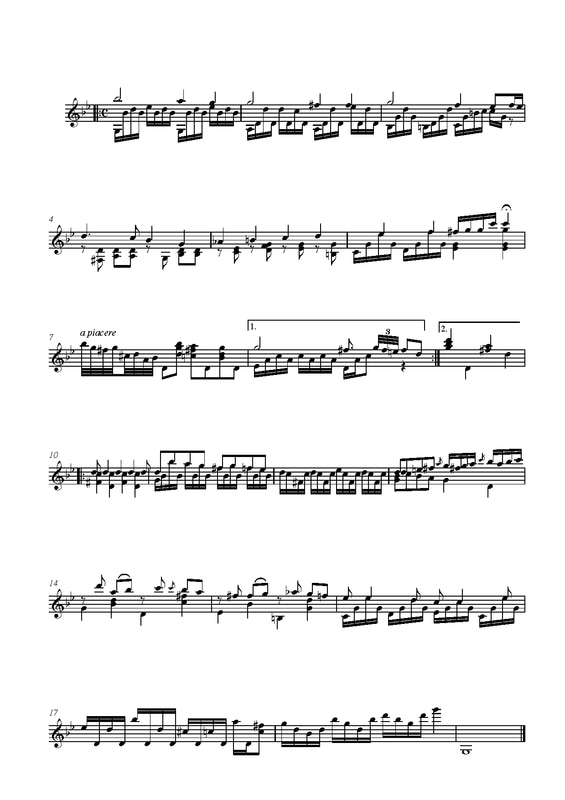 Score
I play my variation at the repeat of each section in the video below.
I invite you to compose a variation - I'll record any that are sent to me (if you don't mind)! I'd also be happy to give feedback on your variation if you would like it.

I think it would be really wonderful to create an entire Theme and Variations composed by all of us as a collective. This is a very 19th century thing to do!

Here's my advice:
- Use different arpeggio patterns whenever possible.
*Even Giuliani's 120 will do fine!
* You can find more arpeggios in all three method books that I've sent you so far.
*You can create your own arpeggios

- Use some of the ornaments found in the method books I've sent so far.
*These mainly include trills, turns, and appoggiaturas.
*You will find these in both of Pelzer's methods, and I featured them in the highlights section.

- Formulate your ideas by improvising
Here is Pratten's method for composing, in her own words:

"I simply take up my guitar and out of the tips of my fingers tumble out the sounds on the strings... and then I play it over and over again until my brain retains it; then sketch it down... Then I leave it, and return to it and put it 'ship-shape'. Then, with my 'little bricks' collected, I build up a romance or story."


If you just follow one, two, or all of these steps, then you'll be on the path to composing your very own variation.

It doesn't have to be fancy - 19th century composers often used very simple means to create their variations. Just some simple and basic arpeggios + ornaments here and there will do the trick!

If you want to learn more about this process, I will soon be offering a course called Play Like a 19th Century Guitarist. In that course I will walk you through performance practice topics in depth, teach you how to apply it to the pieces you're working on, and guide you through composing and improvising.
It's a one of a kind course, and I'm very excited to get it started! More details will come on Saturday evening (US time).

If you don't feel inclined to compose, just please listen to my variation and think about what tools I used to compose it with. They're mostly tools drawn from the three method books I've sent you so far. Just a quick think will do great!

Don't worry about doing it quickly either, because on Saturday I'm going to send you some videos of the exercises found in the method books. Things such as ornaments, scales, arpeggios, chords, etc.

In any case, I hope this gets your creative juices flowing.
Classical music needs more creativity today, and I hope you can join me in promoting this mindset to others!!