Archive
The Art of Dancing by Kellom Tomlinson 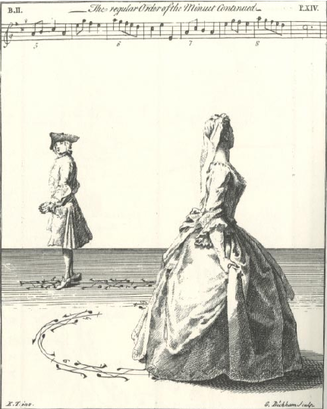 Download the full book here
Dancing was a very popular past-time for people of the 18th and 19th centuries. A lot of great guitar music exists only because of the close bond between music and dance. Can you imagine the guitar's repertoire without Bach's Lute Suites or Sor's Minuets? Today I want to show you just how popular dance was, by giving you a dance manual from 1735.

Before this current age of camera phones, television, and the internet, information was spread primarily through books. Books allowed people to spread their ideas far and wide, and dance was one very popular subject of the 18th and 19th centuries.

Perhaps the most influential nation that codified and standardized a lot of the common dances of the era was France. However, they did borrow many dances from Germany and Italy and 'Frenchified' them by making them more graceful and ornamented. This slowed many of the faster dances down, including the Chaconne, which began it's life as a fast and raunchy dance.

The English Aristocracy and royalty were influenced by French customs; they were Francophiles to the extreme (many courts all over Europe spoke French, rather than their own native language.)

So, fortunately for us, there survive a number of dance manual in English. One of these, which was kindly digitized by Google, is called 'The Art of Dancing Explained by Reading and Figures' (1735) by Kellom Tomlinson. In this book, Tomlinson provides us with flowery descriptions of each dance, drawings, and dance notation.

The book's prelude to all this outlines some of the guidelines and customs for standing, walking, and bowing. Here is one particular excerpt I like, where Tomlinson describes the various standing positions and their effects and implications.

The next part of the book goes through the various names and types of steps associated with the dances. I don't know too much about dance, but it sounds like these would be the equivalent of us musicians learning scales, chords and arpeggios, which are then found in the music we play. Mastering each step would probably be a vital part of learning the dances, just as mastering scales, chords and arpeggios should be a vital part of a musician's training.

The final part of the book is my personal favorite. Here, Tomlinson gives us a drawing of what the dance would look like, with dance notation on the floor to indicate the steps. There is also a simple melody (with figured bass) to accompany each dance with. Below are some examples.
Download the book here 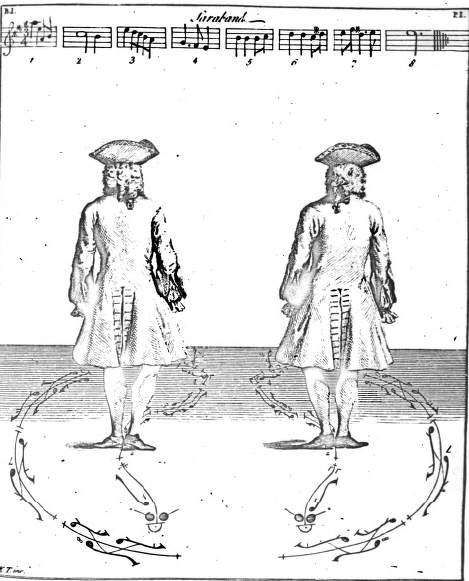 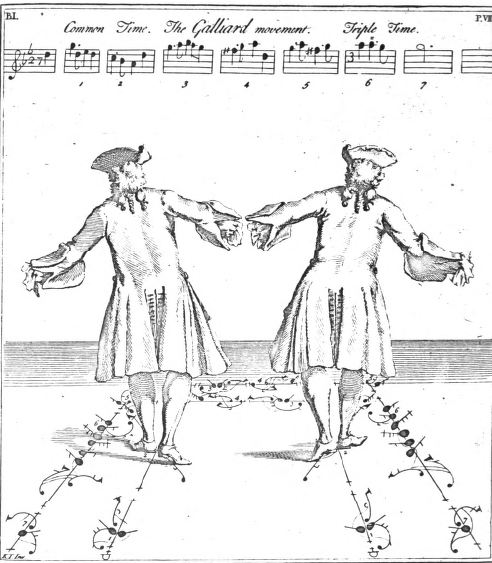 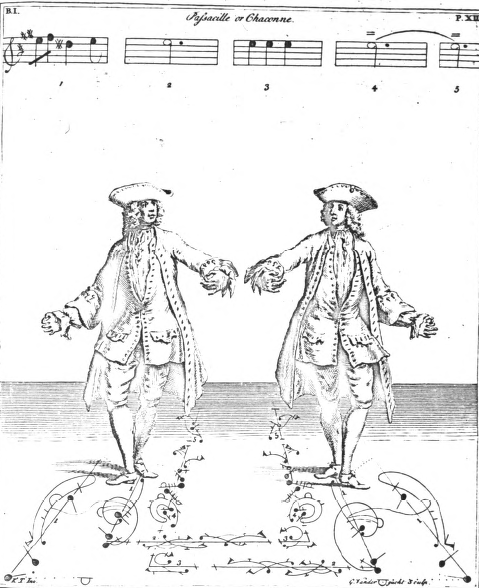 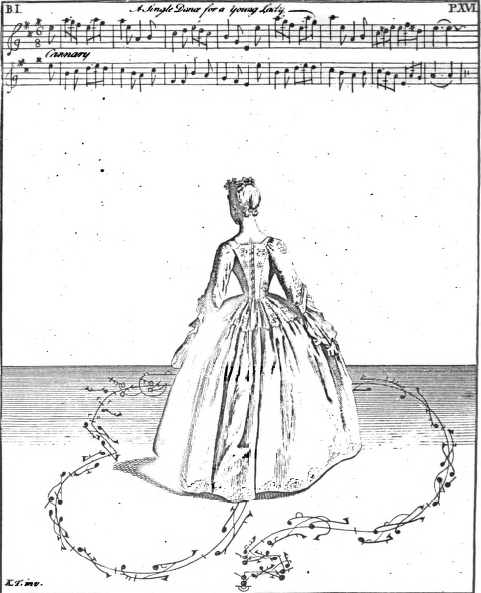 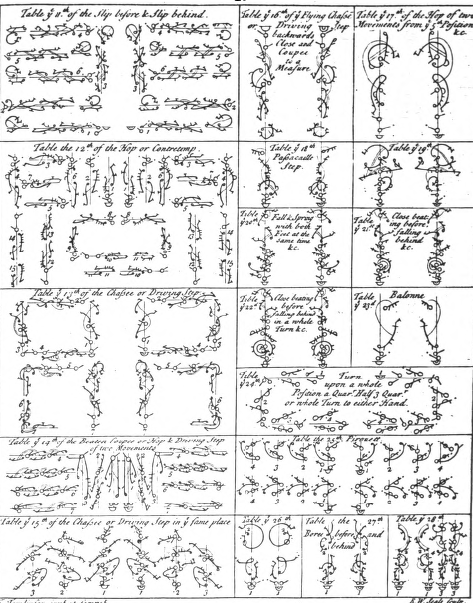