6. Romantic: Salon Music
The Poetic: Lagrima
Summary:
• The 19th Century saw a huge rise in the piano
• This led to a type of intimate concert setting called the Salon
• Pieces usually fell into one of two categories:
1) An emotional or sentimental work
2) A virtuosic work

1. Study these Preludes by Chopin and answer the following.
- Identify the elements of repetition in each Prelude
​- How would you describe the overall sentiment of each prelude?
2. Study Lagrima from a similar lens to Chopin's Preludes.
- What gives Lagrima a similar simplicity? Are there repeating elements?
- How does Tarrega portray the sentiment of a teardrop in this piece?
- Can you think of any other guitar pieces that could fit into this category? 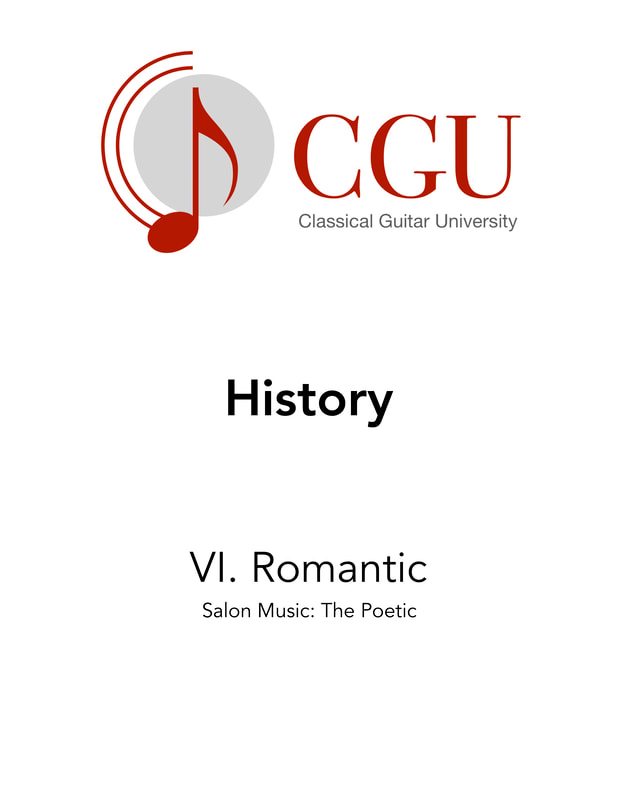