This first section contains some wonderful exercises that are quite advanced. But before we look at those, Kirkman provides a table that shows the symbols used for left and right hands. An interesting feature to note is that she has indicated a sign for using the left hand thumb (marked *). This is seen quote a lot in 19th century guitar pieces (see my post on Rung), suggesting that they were using their left hand thumbs to fret notes, much like steel-string and electric guitar players of today do!

Kirkman provides some very interesting arpeggio exercises. I have included these in my book, The 19th Century Arpeggio Bible. I think these are much more interesting than Giuliani's 120 Right Hand Exercises. Check out the chord progression that Louisa has given - it's pretty lengthy!
Chord Progressions

While Kirkman remarks that these chords are "to be practised for the use of Accompaniment...", I think they make for good exercises in general. You often encounter music that's made up of chord progressions like these, so practicing them in advance is great preparation for learning pieces.
Part 2

Kirkman's method book really starts to get interesting now. First she presents some basic scale and chord exercises in different positions. There are two spots I want to highlight here.

The first is an exercise comprised of a harmonized chromatic scale. Note below how Kirkman provides two arpeggio patterns that you can apply. I believe 19th century guitarists were often doing this kind of thing - arpeggiating block chords in various ways.
The second thing I want to highlight from the exercises in positions segment of the method is something that Kirkman calls 'A Prelude Exercise'. Again, this shows how basic chords combined with simple arpeggio patterns were a core part of a guitarist's training.
Exercises for Embellishments

Kirkman covers a variety of ornaments  - the slur, appoggiatura, glide, turn, shake (trill), and harmonics. I think 19th century guitarists were using more embellishments than we might think! I will only highlight a few ornaments, but I think they're all worth checking out.

The Appoggiatura
This ornament is one that I don't think guitarists of today use much of. Its definition is 'to lean' and it was one of the most important and essential ornaments of the 18th and 19th centuries. There are several varieties of appoggiatura and I recommend checking out Pelzer's Instructions for the Spanish Guitar to learn more.

The Turn
The name of ornaments usually describe their musical effect and the turn is no exception. The main note is surrounded by ornamental notes above and below that turn around it. This exercise is great for developing left hand control.

The Glide
In the same musical example, Kirkman also uses a glide. This ornament was very commonly indicated in 19th century guitar music. That doesn't necessarily mean that it was more commonly used than the other ornaments though! 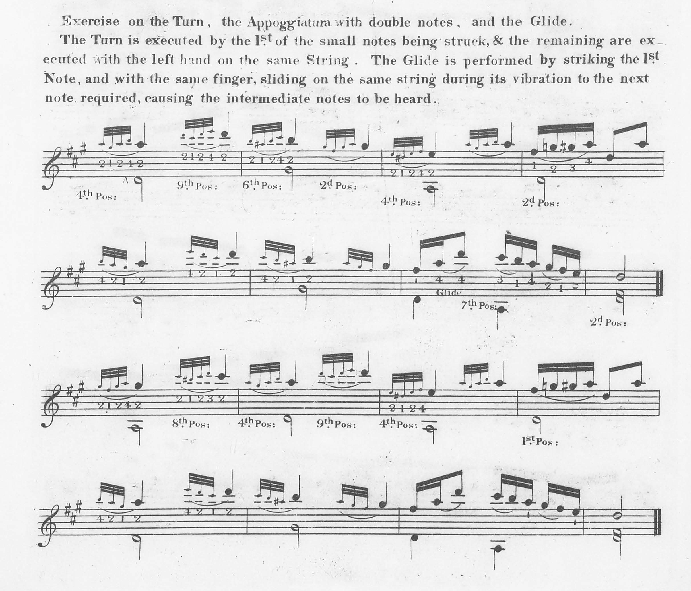 The Shake (or 'trill')
Again, the name of this ornament describes its effect and I think the word shake should be brought back into vogue! Many guitarists tend to use the first approach, but Kirkman (along with many other 19th century guitarists) seems to prefer the cross string trill. Note how she indicates two possible right hand fingerings.

The Rule of the Octave (the ROTO)

While studying at the Eastman School of Music, I had a theory professor who was interested in 18th century theoretical sources. One of the things we learned about in that class was called the Rule of the Octave, which is essentially a harmonized scale. What's incredible about this is that Kirkman wrote this exercise in all 24 major and minor keys! I can assure you that if you play through all of this, your hands and brain will have had a great workout!

I could talk a lot more about the ROTO, but I recommend reading an article I wrote about this, which you can find here. I also republished many of these in my book Fundamental Harmony.

Pieces (examples of style and expression from celebrated masters)

Please read Kirkman's preface to these pieces very carefully, as it contains a lot of illuminating information about how 19th century guitarists were playing. 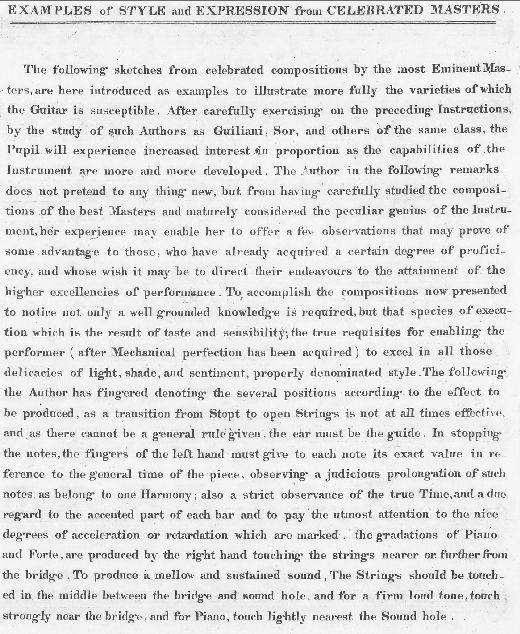 One of my favorite pieces is this transcription by Carulli of a Haydn piece (not sure which one). 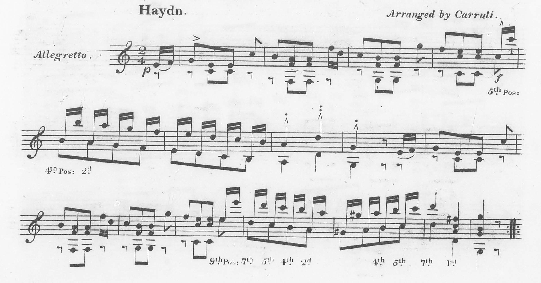 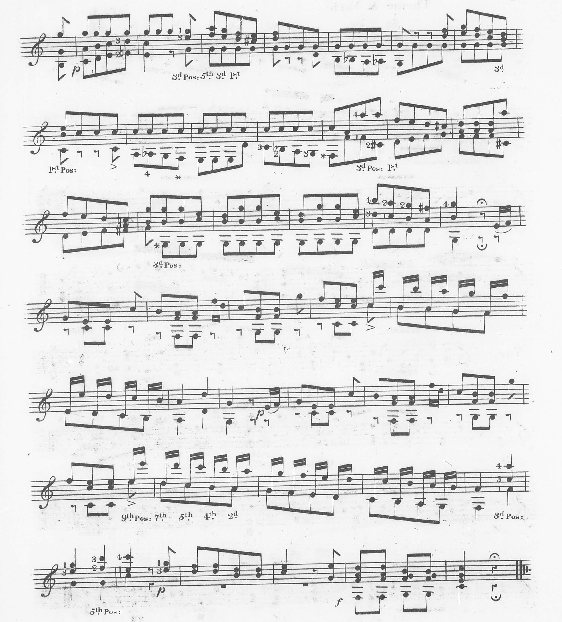 I also like adding arpeggios to create my own variations to this theme by Sor. You can watch my process here. 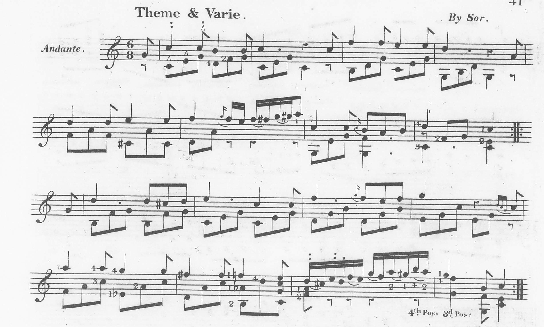