Keys and Moods
Many pieces of music change key (modulate), but why does this happen? Tonality can act as a major force in a composer’s arsenal for changing and contrasting the expression, affect and rhetoric of a piece.
​
Changing keys doesn’t just mean changing the number of sharps and flats in the key signature – there’s a much deeper purpose than that. Working out the tonal structure of a piece is a great starting point for analysis and works best for pieces in larger forms, such as sonatas form movements, although it can also work for smaller pieces like dance movements and etudes.

Sor's Grand Solo
I want to walk through a brief analysis of Sor’s Grand Solo and show you how Sor uses modulations to take the piece through a journey of different characters and affects. A recording of Julian Bream’s performance is attached below; you can listen to whomever you like, but I personally adore Bream’s playing.

I’m going to borrow some quotes from Fundamental Harmony, which describe the character of each key and we’ll see if the music and quotes match.

Introduction
Sor’s Grand Solo begins with a slow introduction, in the form of an overture.
This intro is in the key of D minor, which according to 19th century theorists is:

“A pensive key full of nobility and refined feeling” and also
“expresses a subdued feeling of melancholy, grief, anxiety, and solemnity”.

​What do you think? Does this section evoke the feelings suggested by the quotes?  I sure think it does. Obviously there are tinges of other characters and inflections of other moods here and there, but I think in general the quotes sum up the overall feeling of the section quite well. Here is the painting that I chose to accompany these quotes, which I feel helps bring the quotes to life: 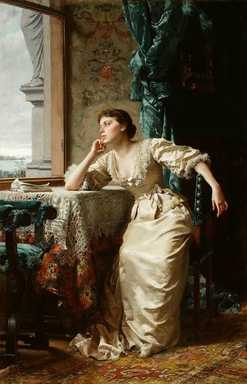 Exposition
​Let’s look at the Allegro section now, which immediately follows the introduction.

​Now the piece is in D major, which according to one theorist represents:
“Majesty, grandeur, and pomp, and adapts itself well to triumphal processions, festival marches and pieces in which stateliness is the prevailing feature.”

Another writes that D major is:
“The key of triumph, of Hallelujahs, of war-cries, of triumphant rejoicing. Thus inviting symphonies, marches, festive songs and heaven-rejoicing choruses.”

The painting I thought best represented these sentiments – 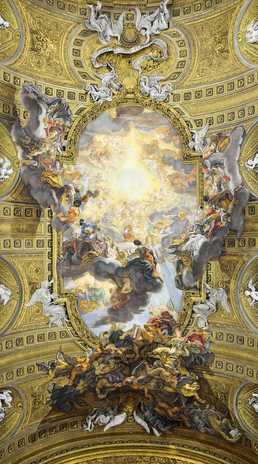 ​Sor composed symphonies, church music, cantatas, and operas, so we shouldn’t think of Sor’s guitar music as just being guitar music – he probably had orchestral and vocal sounds in his mind when composing. For me, the Allegro section sure conveys a majestic sense of grandeur and pomp and I can also imagine this music accompanying a heaven-rejoicing chorus, wouldn’t you agree?
​
Second Theme
As is usual in sonata form, a key change (usually to the dominant) coincides with the entrance of the second theme, which often contrasts in character and is usually heralded by a punchy cadence. Can you identify the place just by listening through?

The dominant of D is A, and that is indeed the key that we arrive in at the second subject. What words would you use to describe this section? It’s certainly quite different to the previous section. Let’s see what theorists had to say about the key of A major -

“Full of confidence and hope, radiant and redolent of simple genuine cheerfulness, excels all other keys in portraying sincerity of feeling…”

Do you think these quotes match the musical content? I sure feel that there are at least some words in that match the music very well!
​The painting that I thought best exemplified these sentiments for A Major - 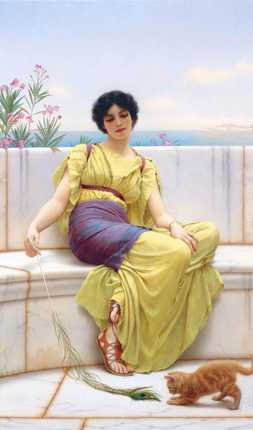 Development
The piece next modulates to the very remote key of Db major … but I won’t discuss that in more detail here. That is a key that is rarely found in the guitar’s repertoire, in fact that’s the only example I know of Db major in guitar music.
​
Recapitulation and Coda
The sonata concludes in the key that it began in (after the introduction) – D major. This is the recapitulation and usually includes material found at the beginning.

A coda is often found at the end of the piece, and here Sor introduces triumphant figures full of great majesty –

During this coda, Sor briefly and rather suddenly, plunges into the key of Bb major, creating an unexpected surprise!

This is an example of a much more momentary shift of key, however it still suggests a change in affect and character. Theorists wrote that Bb major signifies -

“Fresh, healthy without subtleties or mystification.”
​
“The favourite key of our classical composers. Open, frank, clear and bright…” 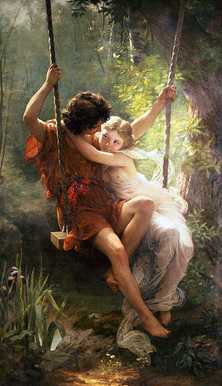 I would now like to ask you to go through the pieces you’re working on and think about how the tonal layout impacts the character and mood. If there are changes of key, then there are certainly going to be changes in affect. I recommend writing this into your score. Using the quotes in my harmony book is a great place to get general thoughts and ideas about each key.