"I give this work the title of second sequel to my first method, because it is the necessary complement. I have developed in this second sequel arpeggios, modulations, slurred and detached notes; thirds, sixths, octaves, and tenths; Of which I had been able to give before only succinct Examples.

The diligent student will find in the various Exercises that this new work contains all that it is possible to do on the Guitar.

The first six pieces contain arpeggios in many keys in all positions and they can be considered as great Preludes. In each of the six other pieces are traits of different features like Thirds, Sixths, Octaves, and Tenths being both slurred and detached (staccato).

This work is finished by a great caprice, in which I have offered the amateur a choice of passages proper to familiarize him with all the difficulties which might be presented to him. I carefully finger all the features and I invite the player to bring the most scrupulous attention."
A Quick Glance Through Each Study
Part 1 - Exercises in Arpeggios
No. 01 in C

Before I talk about this study, I want to point out one interesting detail. Carulli marks some notes with the sign: *

He writes that this means:
"This sign will indicate that one should press the first phalanx of the index finger of the left hand on the Fa of the bottom string and leave free the rest of the finger to be able to make the Re and the the La free on the fourth and fifth string."

This study is very fun and has some energetic and imitative dialogue between the bottom and top voices.

This constant texture of semiquavers (16ths) is soon interrupted by some semiquaver triplets, which then eventually dominate the texture. The study cycles through several keys, starting in C, then G, A Minor, D Minor, Bb Major and ending where it started on C. This study is a lot of fun and great for getting your right hand chops going!

"The ring finger should be used only in the agréments, and arpeggios. However with sixths, octaves, and even in some arpeggios or agreements, it is very often forced to pluck the strings 4 and 5 with the and middle fingers, and 3 and 2 with the thumb." --- Complete Method for Guitar, pg. 7

Once this texture has subsided, Carulli takes us to F minor - quite a distantly related key to G Major! Note the dialogue between the top and bottom voices.

Once again we see repeating texture that has a dialogue between the top and bottom voices.

Later on, Carulli takes us to  C Major and drastically alters the texture. It's remarkable to see how many different textures Carulli uses in these studies!

This study begins with a more standard and common arpeggio pattern.

Later on it modulates to A minor, using a totally different arpeggio pattern and giving a completely new mood.

This one uses a very nifty arpeggio pattern and is harmonically adventurous. By the time you get to bottom of the first page, you will have played through many keys, including E, A, C, Bb minor and Ab minor!

The texture towards the end gets very virtuosic! 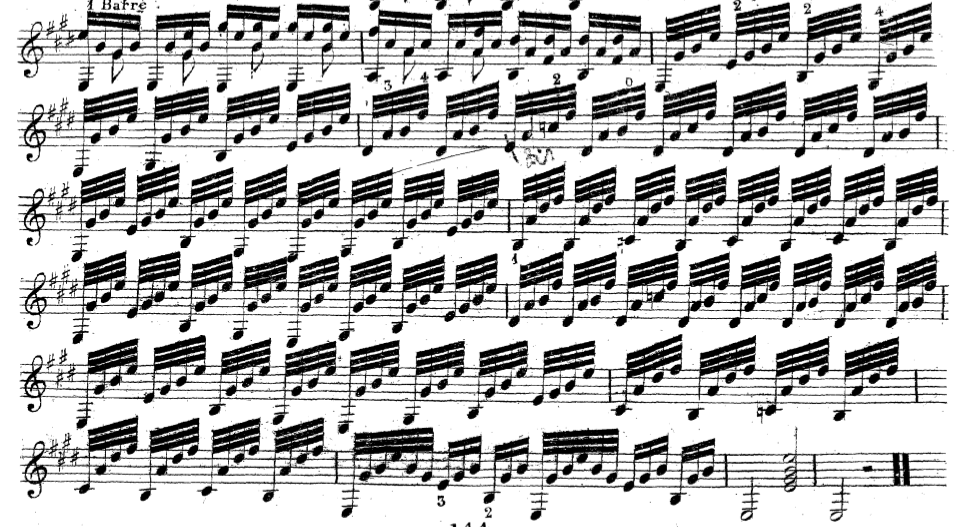 The texture eventually changes and we find ourselves in A Minor. Carulli soon repeats the texture of the opening, but keeping the key in A Minor.

Part 2 - Exercises in thirds, sixths, octaves, tenths, slurred and detached notes in all the positions
"As the passages of these Exercises are a little difficult, the Pupil is not obliged to observe the tempo so I indicated Movement ad Libitum"
No 1 in C

The studies in the second part of the book here change textures quite rapidly, making for great studies to work on scales and articulations. 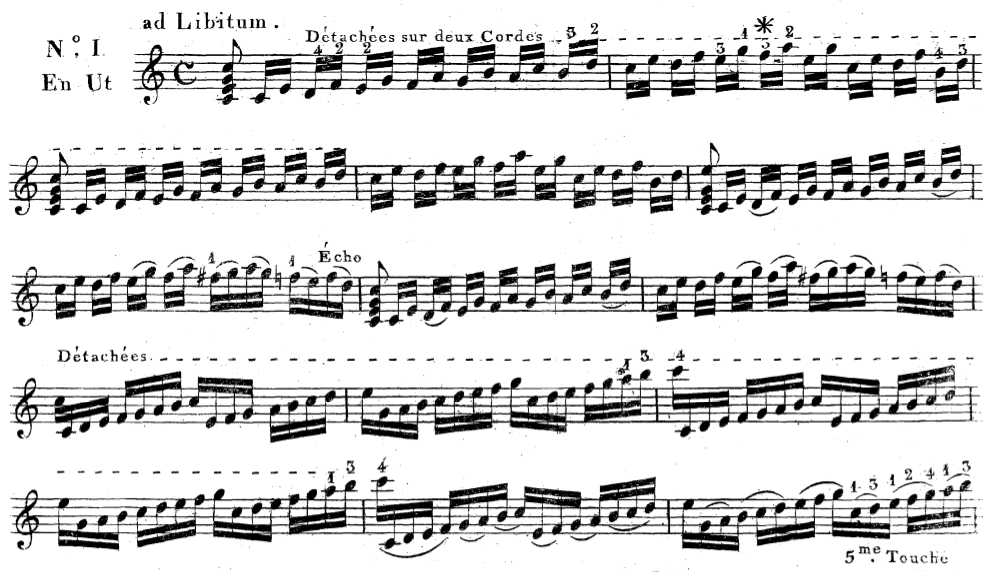 This one is very challenging! The opening thirds at the start become arpeggios in triplets, making for a great shifting exercise. 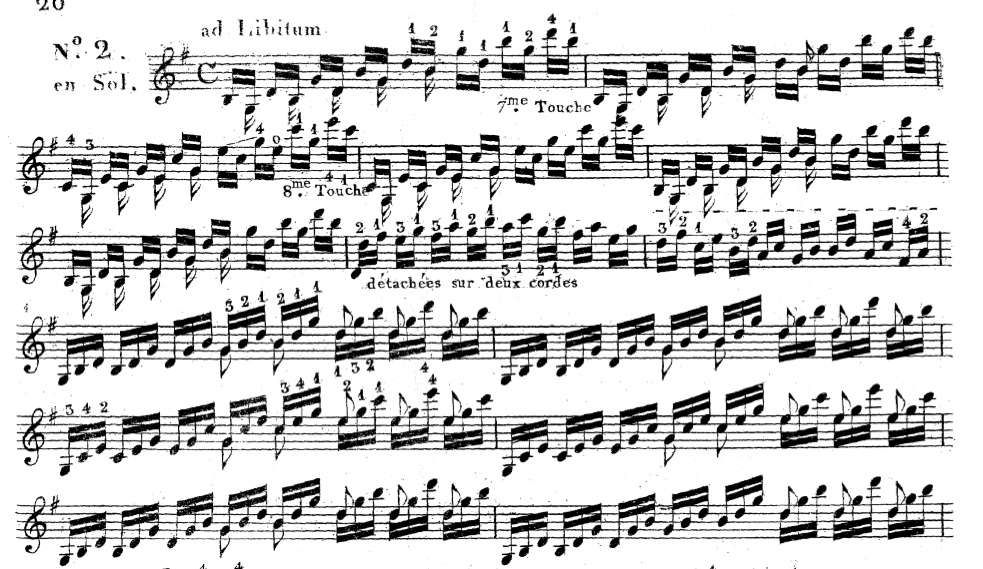 This study contains a whole variety of slurred and detached articulations. 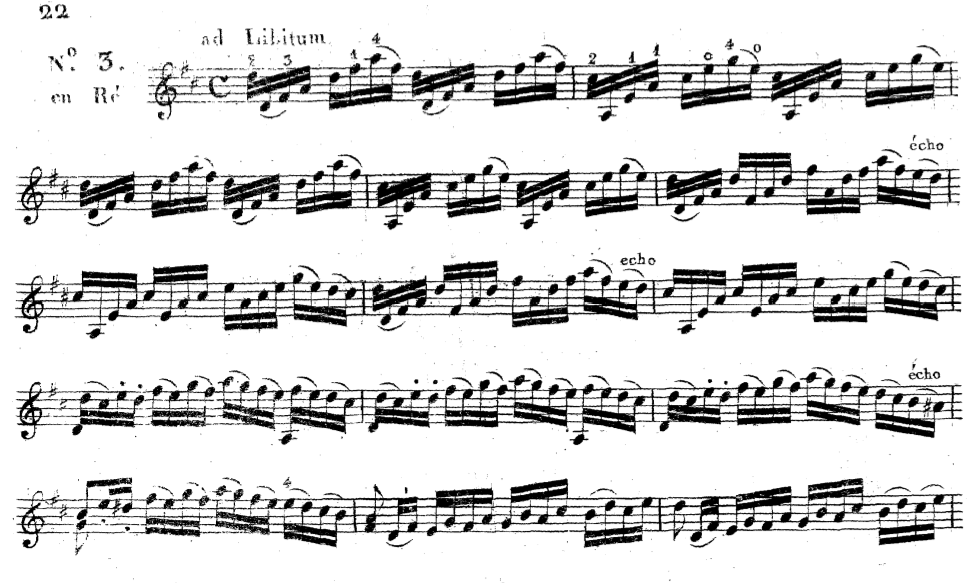 This is a great one for playing in different positions of the fretboard. 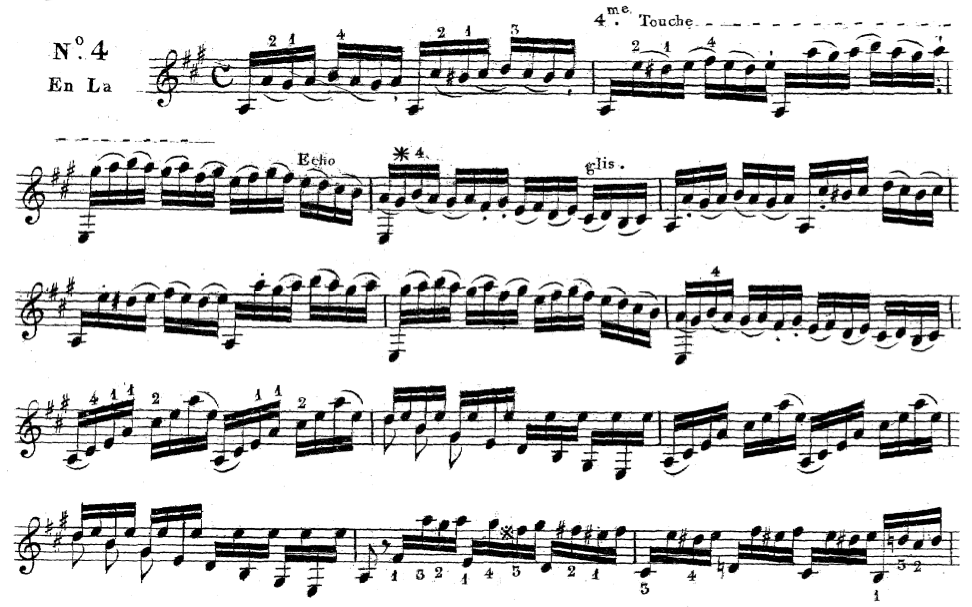 This study has some great contrasts of texture and fun slurring passages! 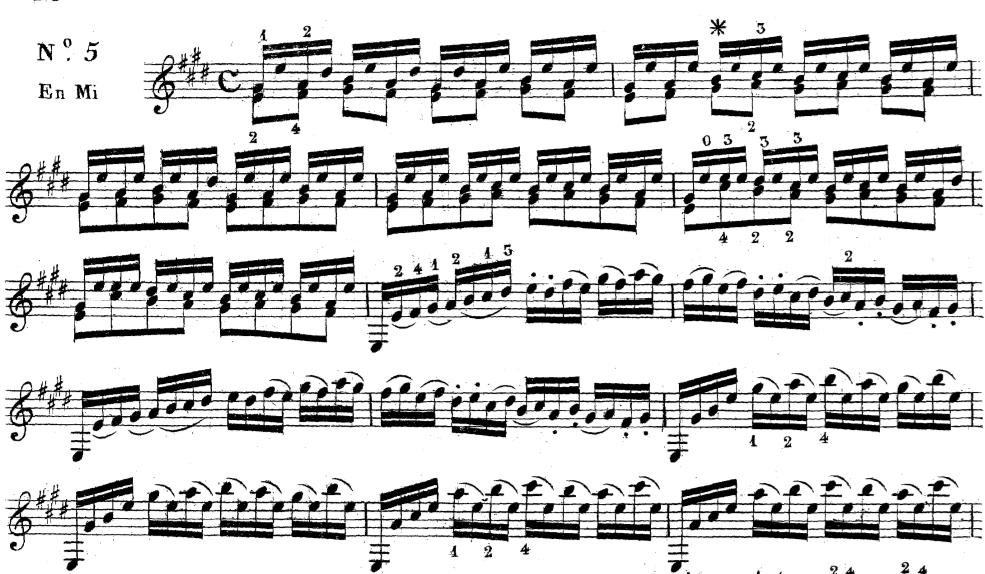 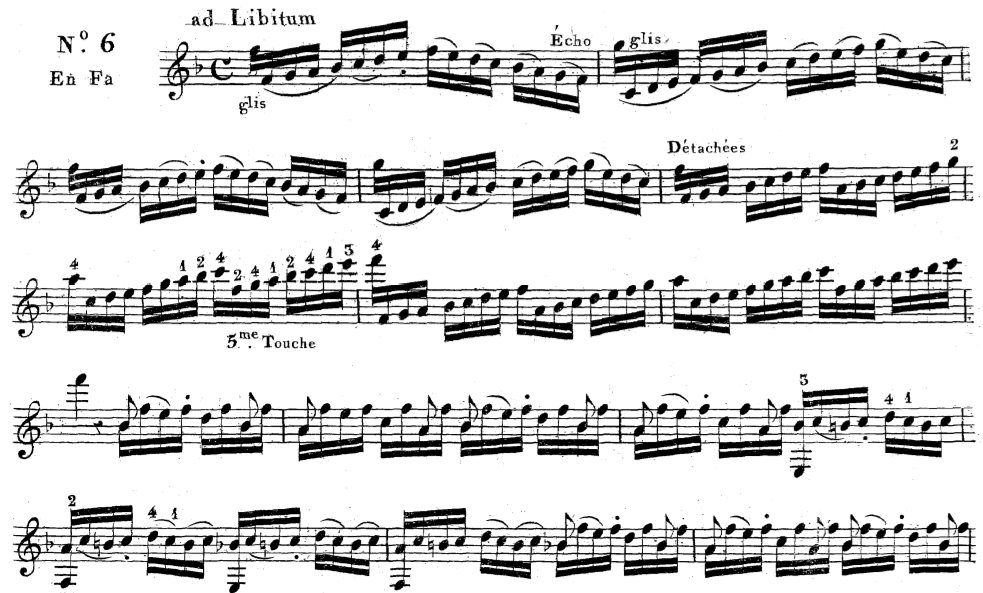