Dr. Daniel Nistico is a passionate performer, author and educator who specializes in the performance practice of 18th and 19th century guitar music. Daniel's teaching and research aims to revitalize the concept of being a well-rounded musician, with emphasis on topics like harmony, which lead to deeper musical understanding and provide tools for composing and improvising.

Daniel has performed across Australia, New Zealand, South America, North America, China and Europe. He has been described as "a truly gifted artist and soloist" (Christopher McGuire, Fort Worth Classic Guitar Society) and "a world class artist who plays at the highest levels of instrumental virtuosity" (Nicholas Goluses, Eastman School of Music).

Daniel strives to promote guitar music that has not had the fortune of being widely performed. His debut solo album 'Un Viaje Mistico... A Mystical Journey' is a result of this cause, containing hidden gems of the guitar's repertoire including works by English composer William Lovelady, and American composer John Anthony Lennon.

Daniel has published multiple books on guitar playing, with topics including harmony, technique and historical performance practice. He currently maintains a guitar studio online and in person, with students from China, Canada, Portugal, Taiwan, New Zealand, the USA, Africa and the Philippines.

In 2021, Daniel launched an online school called 'The Creative Classical Guitarist', which gives guitarists a platform for their creativity to grow and shine. Since that launch, over 100 new works have been composed for guitar, with pieces being published by Bergmann Editions and performed by leading guitarists including Craig Ogden.
The Long Story

Daniel first started learning the guitar from his father at age 12. "My Dad would spend hours every night teaching me to play tunes by rote. I remember the lessons would sometimes go until midnight and I was very lucky to have had this deep learning experience with my Dad!"  Early formal training included studies at the Australian National Academy of Music (ANAM) Young Academy and schooling at the Victorian College of the Arts Secondary School (VCASS). At VCASS, Daniel won the ‘Most Outstanding Soloist’ award and as a result performed at ABC’s ‘Iwaki Auditorium’, where he would later record for ABC Classic FM’s ‘Rising Stars’ segment.

Further studies took place at the Victorian College of the Arts and the Melbourne Conservatorium of Music, where Daniel studied with guitarist Tonié Field and pianist Dr. Donna Coleman. It was during this time that Daniel first began competing in national and international competitions; an experience he had some reservations about. Daniel won his first major international prize in 2009, at a competition in Seattle. However, it wasn’t long after this that Daniel realized competitions weren’t his calling and it wouldn’t be until studying in the USA that he’d discover his true purpose on the guitar.

A substantial scholarship from the University of Melbourne enabled Daniel to undertake Doctoral studies at the Eastman School of Music, in Rochester, NY, USA. While initially an unfamiliar institution to Daniel, he quickly discovered that the Eastman School had a very good reputation across the USA. “My musical knowledge and awareness was greatly expanded while studying at the Eastman School. I was learning about forms, analysis methods and performance techniques that I didn’t even know existed until then!” At Eastman, Daniel studied with guitarist Nicholas Goluses and early-music specialist Paul O’Dette. A love for 18th and 19th century performance practice blossomed.

While at Eastman, Daniel met his now wife Marla Nistico. Daniel and Marla formed a flute and guitar ensemble called Duo Vela and have performed nationally and internationally. While attending various musical events in Prague, the two became engaged and shortly before their wedding day, Daniel accepted the Lord Jesus Christ into his heart. “Every dimension of my life slowly changed after accepting Jesus and now I see a whole different purpose for music. I want to use music to serve others and to bring glory and honor to God.”

This new mission began by starting a blog called ‘The Resourceful Guitarist’, which aims to freely disseminate rare method books, historical texts, studies and pieces on the Internet. Through this process, Daniel came to learn a lot about 19th century performance practice through simply studying what countless authors wrote.

In 2019, the Lord led Daniel to start Grace Guitar Ministries, which helps provide guitar instruction to people in disadvantaged circumstances and also aims to provide financial support to people in need. Daniel is currently providing instruction to two students; one in Nigeria and one in Rwanda. Click here to learn more about Grace Guitar Ministries.

Daniel has written books on various aspects of guitar playing, including harmony, arpeggios, tremolo and scales. These books often borrow ideas from 19th century authors and try to make them approachable and relevant for guitarists of today. Emphasis on musicality is a big focus. Daniel currently maintains a guitar studio exclusively online, with students from China, India, Australia, New Zealand, the USA and the Philippines.

In 2021, Daniel launched an online school called 'The Creative Classical Guitarist', which gives guitarists a platform for their creativity to grow and shine. Since that launch, over 100 new works have been composed for guitar, with pieces being published by Bergmann Editions and performed by leading guitarists including Craig Ogden.
Testimonials

“Daniel is one of the most gifted guitarists of his generation”
--- Nicholas Goluses, Eastman School of Music

“Daniel’s interpretation [of Sevilla] brings a quality that I’ve not heard in many recordings. It’s rather laid-back, unhurried, unfussy and the lines, voices and phrasing within the music are so very clear... I may even be so bold as to say this is currently my favourite recorded version of Sevilla.”
--- Nicole Neal: Classical Guitar n Stuff CD Review

“Nistico gave an outstanding performance of Nikita Koshkin’s Poe-indebted Usher Waltz, his harmonics at the start clean and light, the cutting harmonies in the work’s main refrain delivered without undue emphasis, and the percussive elements – including a striking on-the-fret passage - contributing to a demonstration of technical virtuosity harnessed to a real interpretation.”
--- Clive O’Connell, Reviewer for ‘The Age’ 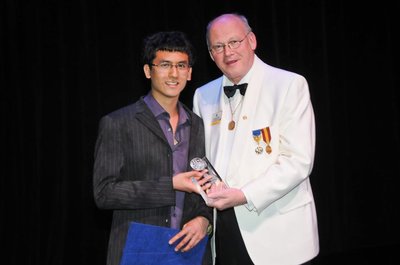 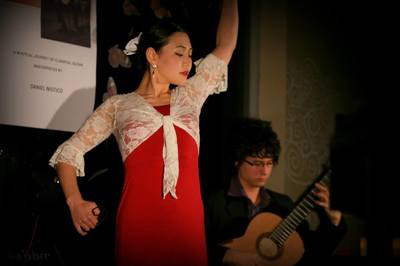 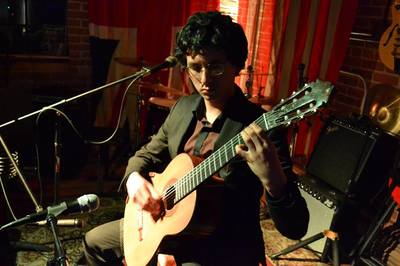 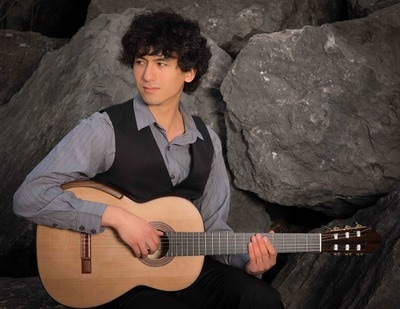 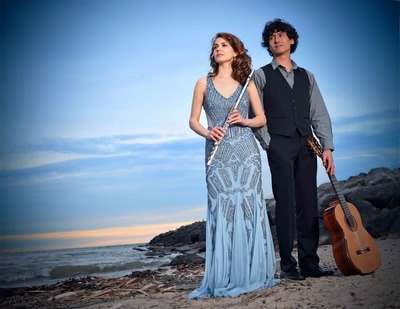 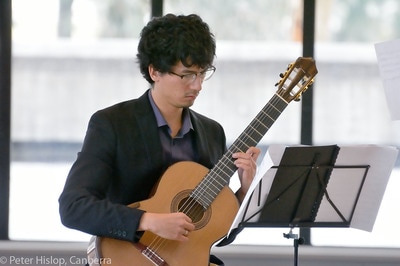 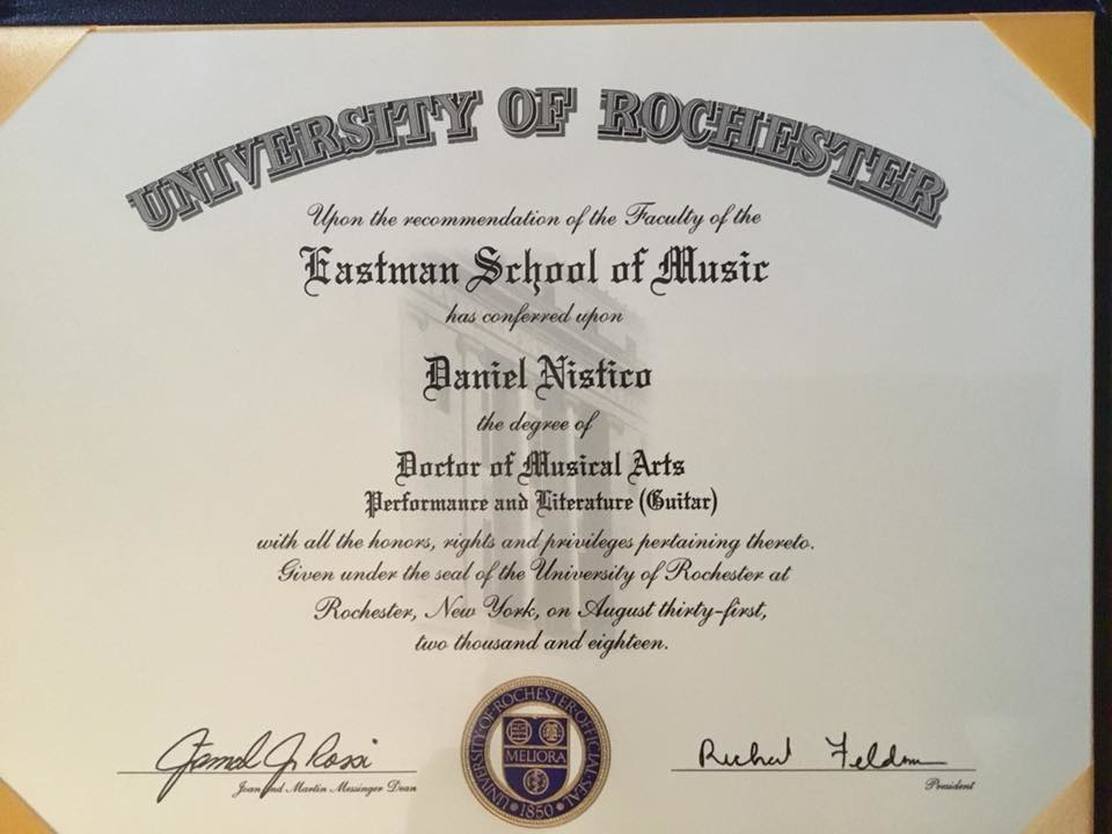 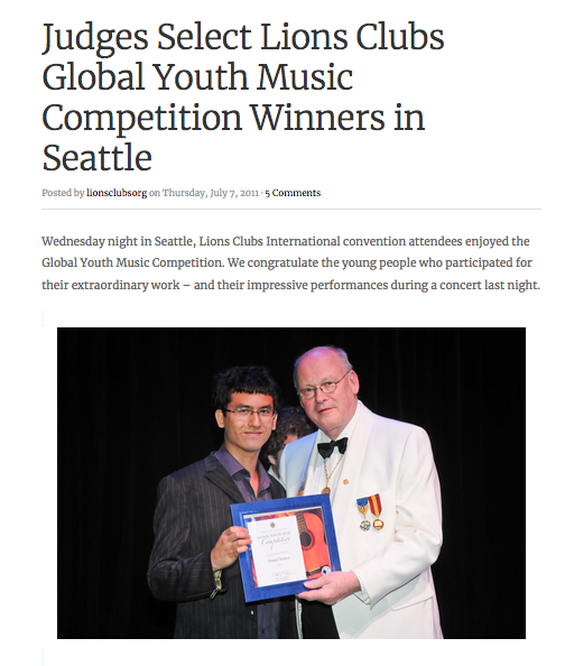