A Special Thank You

Thank you for coming to Noche Espanola back in February!

In case you need a reminder about the event, please click the banner below:

Stay tuned for some more concerts to come later in the year. My next program will feature the music of J.S. Bach. You can get a taste of Bach's music below.

I also composed a piece inspired by Bach and that video was recorded by the Melbourne Guitar Foundation. Scroll to the bottom for some info about their upcoming guitar festival in Melbourne later this year.

You can also download audio files for some of the tracks to keep and play whenever you like.
Bach's magnificent Fugue, originally composed for violin
Performed at home in Frostburg, Maryland, USA

Watch some amazing concerts by national and international guitarists

Get your early bird tickets and find out more:
Click here 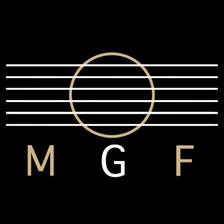 Hosted and Organized by the Melbourne Guitar Foundation